Introduction to Meaning and Uses of Moldavite 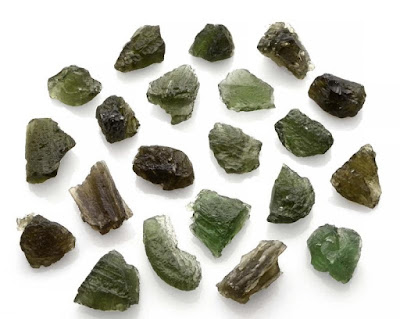 One look at Moldavite and there's no question it is a stone of greatness, etherically carved of spiritual fire and destined for purpose. This mysterious green talisman is star-born, formed from nature's violent meteoric impact with Mother Earth. Etched by force and flame as it fell from the heavens Moldavite returned to the earth's surface transformed, a glass of amazing delicacy and grace ready to serve humankind.

As a Stone of Connectivity, Moldavite carries an intense frequency, a fusion of earthly and extraterrestrial energies that are quickly felt, often dramatically in those who resonate with its power. Holding Moldavite for the first time often produces a sensation of heat, felt first in the hand, then progressively throughout the body. In some cases the heart chakra is activated, experienced as a pounding pulse, followed by sweating or flushing of the face, and an emotional release that may range from laughter to tears. Moldavite's frequency may take some getting used to, but its profound ability to accelerate one's personal and spiritual evolution makes it highly sought after in the metaphysical world, both for its life-altering capabilities and as a catalyst for drawing in Light to aid in Earth's healing.

Moldavite is a member of the Tektite group of natural glasses formed from interplanetary collisions. From the Greek word tektos, meaning "molten," Tektites are glassy mixtures of silicon dioxide, aluminum oxide and other metal oxides with an amorphous crystal structure. Unlike other Tektites from around the world which are tar black or brownish-black, translucent Moldavite is a deep forest green and is the only variety suitable for cutting and faceting as a gem.

This beautiful stone is rare, found only in Czechoslovakia, and is named for the area in which it is found, near the Moldau River (called the Vltava in Czech). While scientists differ in theories regarding Moldavite's origin, nearly all agree its formation coincides with the crash of a large meteorite approximately 14.8 million years ago in what is now the Bohemian plateau. The rock metamorphosed by the heat of impact created a strew field of Moldavite in the two, mostly rural, areas of Bohemia and Moravia. Farmers often turned up the stones when plowing their fields, while other specimens worked their way to the surface after spring thaw or heavy rains in the fall. More recently collectors have "mined" for gem grade and museum quality specimens by sifting and digging through loose sands and gravels.

The shapes of Moldavite give witness to its molten origins, most commonly drop-like (round to very flattened), plate or disc shaped, oval, spheroid, dumbbell shaped, elliptical, rod-like or spiral, all common in splash patterns of liquids. Moldavites from Bohemian localities are more drop-like, elongated or rod-like, while Moravian stones are more spherical. Moldavite occurs most often in shades of deep forest green, though some are pale green or olive, and others, especially from Moravia, are greenish-brown.

The most magnificent of Moldavite's features is the beautifully etched, carved, wrinkled or sculpted patterns inherent in raw and unpolished stones. Pieces found at or near the surface have been subjected to erosion in streams and rivers over the millennia and resemble the rough exterior common to river stones. More finely textured and sculpted specimens are found in sand or gravel pits, and ones found intact and unmarred are considered "museum grade" and are rare and valuable. The rarest of all (less than one percent) are the "sonorous" Moldavites, called Angel Chimes, which are tempered naturally and if dropped on a glass or metal surface "rings" like a coin.

Moldavite has a rich history, prized since the Stone Age and used not only for arrowheads and cutting tools, but as a spiritual talisman and amulet of good fortune, fertility and protection.

Moldavite is relatively fragile and should never be cleansed with salt to avoid scratching its surface.

Moldavite is good for counteracting cynicism and connects even the most world-weary adult with the wonders of the universe. It eases away doubts, even when the cause is unknown, and calms worries about money by providing solutions not previously considered.

Carrying or wearing Moldavite in jewelry allows its energies to remain in one's vibrational field throughout the day strengthening its effects and increasing the incidents of beneficial synchronicity in daily life. Because of Moldavite's intense vibration, some may experience light- headedness or a lack of grounding and may need to acclimate themselves gradually to wearing it.

Moldavite is a useful stone for star children and sensitive souls who find it difficult being in incarnation on the earth, and who cannot adjust to suffering and deep emotions. Placed on the heart, Moldavite uncovers the reasons and purpose for why one is here, and eases the "homesickness" for those whose origin is not Earth.

Moldavite works extremely well in combination with other stones, particularly with the crystalline energies of Quartz varieties. It is one of the Synergy Twelve stones, and is ideal for use in making energy tools. Add to wands, headbands, templates, grids and other devices to intensify their effects.

Moldavite is a powerful aid for meditation and dream-work, as well as increasing one's sensitivity to guidance, intuition and telepathy, and the ability to understand messages sent from higher realms.

If you are holding or wearing a moldavite and you get an epiphany, don't be surprised at all. Aligning your path with your destiny is one of the key metaphysical properties of moldavite. It is an olive-green colored tektite, which was formed due to the impact of a meteorite with earth. It is often said that the clear green-colored stone in the Holy grail was a moldavite. It is also referred to as a talisman for healing the Earth.

As it has several metaphysical properties which has brought about a positive transformation in the personal and professional lives of people, it is one of the most coveted healing crystals. It brings about a change in the life of the wearer or bearer almost instantly. Not only this, it can also impact your chakras, dream life, spiritual dimensions, etc. According to a Czech folklore, moldavite brings about harmony in marital relationships. It was also treated as a traditional gift on the occasion of betrothal.It is often said that people who do not take a liking for moldavite's bottle green color, are emotionally unavailable and do not feel the need to experience unconditional love. It is said that moldavite helps in making you aware about your true purpose in life. This Crystal Benefits article will tell you about its unique metaphysical, emotional and physical healing properties. 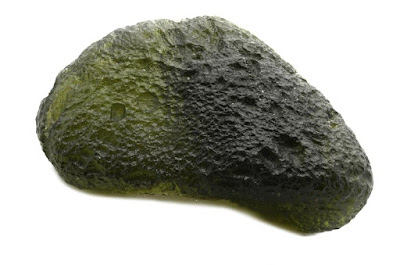 Moldavite is said to be the stone which initiates transformation and brings about an acceleration of spiritual evolution.

It helps in activating the 'dream states'.

It has the energy to neutralize the hold of hypnotic commands.

It helps in cleansing the energy and acts as a spiritual protector.

It also integrates the mind and heart, to work together and bring about the best results.

It is said that moldavite will spiritualize and energize the powers of other stones like amethyst , charoite, larimar, tanzanite, etc. when worn together.

It is said that it facilitates communication with your spirit guides.

It helps widen your cosmic consciousness.

It also assists in astral travel and past life regression.

Also, it can give you a foresight and make you aware of what the future holds for you.

It can assist you tremendously if you are trying to develop your psychic abilities.

It helps bring about positive changes in life.

It also aligns one's path to his destiny.

Its highly energized vibration does not allow negative entities to affect your aura.

It brings back the balance in relationships and life.

It causes the wearer to bring about a sense of personal fulfillment.

It helps in healing old emotional and spiritual wounds.

It has a soothing and relaxing properties
.
It stimulates spiritual growth and expands your consciousness.

It also helps awaken latent memories of past and sheds light about the situation.

Moldavite helps you by getting touch with your inner-self.

It helps to recognize and bring forth what works in your best interest.

It makes you think about unexpected solutions to problems that may be troubling you.

It helps develop unconditional love, and respect for yourself and others.

It makes you introspect your beliefs and guides you to discard the ones that are no longer applicable. 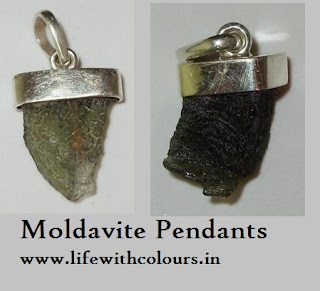 
It acts as a catalyst in detecting and healing any kind of diseases.

Its warm green color makes it effective in the treatment of ailments related to eyes.

It has rejuvenation qualities and slows down the aging process.

The vibrational energy of moldavite causes changes in the affected areas and encourages the cells to be replenished to its original state.

It is also beneficial for people who fighting a battle against infertility.

It is said to be highly effective for treating hair loss.

It is especially beneficial for brain as it aids memory retention, balances electrical impulses, and even protects against mental degeneration.

It is also beneficial in the treatment of gout.

It also assists in the treatment of diseases which affect the respiratory tract. 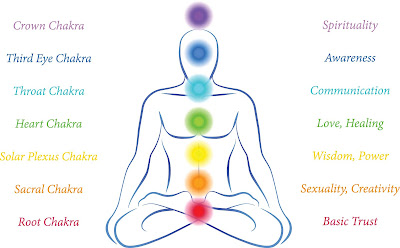 It is said that moldavite is a very strong chakra opener and activator. Here are details of the chakras that resonate with moldavite.

It helps in activating any and all chakras, thus, helping in removing blockages and expediting the healing process.

Moldavite opens and stimulates the chakras of the heart and helps in releasing bottled-up emotions.

It resonates excellently with the crown chakra and helps in accelerating the spiritual growth.

It also resonates well with the 3rd eye chakra and throat chakra as well.

Tips for identity for fake or duplicate moldavite stones 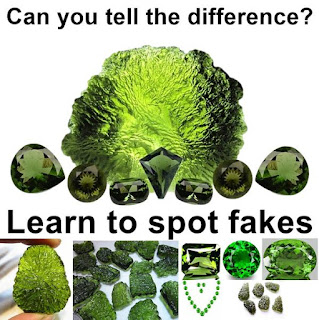 1. If they appear to be the same shapes & textures, or resemble the pictures on this page

2. If they appear Shiny / Wet looking

3. If the Faceted gemstones do not have bubbles or inclusions, if these appear flawless or clean like glass then they are probably fake. All Real Faceted Moldavite will have inclusions & lechatelierite inclusions (pure silica glass - melted quartz), the way only nature can do.

Identify proper Moldavite under a magnifying glass to be sure.

Due to the process which formed Moldavite involving intense heat and atmospheric melting during its journey back down through upper atmosphere, real Moldavite has distinct tell-tell attributes which can’t be faked.

The interior of Moldavites varies quite a bit, from heavily included with lots of bubbles, to brighter more lustrous green colors with more clarity. All pieces under a loop should show characteristic bubbles and wavy flow texture as well as distinct wisps of lechatelierite which is a high temperature form of Silicone Oxide. 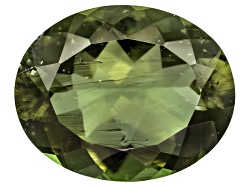 Moldavite utilizes Green color energy and is a "growth crystal" - a powerful conduit of the earth's Life Force of birth, development, and creation, and of the power of nature's constant renewal. It is a potent aid in nurturing, whether of fledgling family relationships or a new business venture. It is perfect for keeping a venture on course, a project on schedule, and life on track.

Lighter Green crystals promote spiritual growth and renewed commitment to a higher purpose. Those of a darker hue are talismans of physical growth and strength, and safety in travel.